The recent rallies organized by BNP overwhelmingly mandated in its favor and entirely rejected the Sheikh Hasina regime that rules Bangladesh using brutal force enjoying the blessing of a hegemonic country.

The 10 successful rallies organized in 10 divisional headquarters sent one identical message: it is not possible to restore democracy and human rights in Bangladesh keeping Sheikh Hasina in power. She destroyed the economy, social and moral values, legal departments and law enforcing agencies corrupt and most of them are indulged in illegal and immoral crimes.

The Hasina government, which is entirely illegal, remains in power using her brutal party cadres belonging to AL, BCL, Jubo League, and many others, having different names. Besides, personnel of police and all other law enforcing agencies, which are supposed to ensure safety and security of the people, unfortunately appeared as terror. Branding the innocent patriots as terrorists, jongis, militants, drug dealers, law enforcers arrested, hijacked and killed them without any accountability.

Such atrocities alienated AL from the people. Moreover, one would not get even a few AL leaders from top to bottom who were not directly or indirectly involved in killing, misappropriation of public money, looting of bank and share market, money laundering and all other social and moral crimes.

Consequently, people’s spontaneous participation in the rallies risking their life proved their support and allegiance to Tarique Rahman, as he was the architect of such gatherings. Conscious people of Bangladesh and non-partisan analysts opine people’s participation in these rallies was as good as referendums and Tarique Rahman enjoying the support and suggestion of Begum Khaleda Zia won these referendums of people of 10 regions of Bangladesh.

BNP when declared to hold divisional rallies Hasina and her surrogate mocked it saying none would attend these rallies because the government and the ruling party have absolute control over Bangladesh and people would not attach importance to the proposed rallies, which would ultimately entirely flop. But in reality Sheikh Hasina did not know that people entirely rejected her and they massively leaned to the BNP.

So, they defied all types of threats and communicational obstructions, reached the venues of rallies spending their money, time, energy, and risking their life. Many of them were non-political. But they voluntarily attended the rallies out of their agony and anger against Sheikh Hasina. Those who incidentally had chances to talk with the electronic media representatives risking their life accused Sheikh Hasina explaining their reasons for participating in anti-Hasina rallies. Many of them opined they responded to the call of BNP and Tarique Rahman.

Obaidul Quader, Minister for Road Transport and Bridges branded the participants of these rallies, (particularly attendees of Khulna), as terrorists. Faruk Wasif, Assistant Editor of Bengali Daily Prothom Alo, rejecting the opinion of Quader quoted the statistics of Ainul Islam, professor of political science department of Dhaka University. He conducted a study on political violence in Bangladesh. It showed that AL was involved in 30.2 percent of the total political violence incidents from 1991 to 2018. 37.7 percent of the people injured during this period were injured in these acts of violence. Similarly, 22.3 percent of the total deaths were due to AL violence. On the other hand, BNP’s share was less, 25.2 percent. The proportion of injured and killed due to violence were 34.3 per cent (AL) and 15.6 per cent (BNP).

Still, police and AL cadres went further. They intentionally entered the BNP’s central office, ransacked and looted it and sued the BNP leaders and activists on fake charges.

To keep her followers psychologically strong Sheikh Hasina outwardly roared, but became mentally trodden seeing overflowing people in the BNP rallies. Despite taking a hard stance against BNP she is seen anxious and her face seen pale, as if she comprehends that her days are ending.

During her 14 years of tyrannical monarchy she did not face such obstinate human tide in favor of BNP.

To keep the people away from the BNP rallies, she applied all nefarious means, but the people unthinkably leaned to the BNP. She became so scared seeing people’s sentiment in favor of BNP that she disrupted all types of communication and transportation to deter the people from attending the rallies. The Daily Star, an English daily Bangladesh, informed the internet speed was slowed down or entirely shut on December 10, 2022. The Daily Star reported, high-speed mobile internet remained suspended from 9:30am to 8:00pm in the Golapbagh area of Dhaka, the venue of the BNP rally.

Mobile network operators were asked to reduce internet speed in the area from 4G to 2G. (https://www.thedailystar.net/business/telecom/news/mobile-internet-slow-down-golapbagh-3192161)

Human rights activists around the world brand Sheikh Hasina as a patron of terror and horror, as she is preventing the BNP efforts to bring democracy to its proper track for which the Bangladeshis in 1971 went to war against Pakistan. She openly threatened the BNP saying, I know how to crush the BNP. She added, BNP should not forget how (in 2o13) “I foiled the Hefazat rally at Shapla Chattar.” The international community astoundingly watches how she for the last 14 years (2009-2022) jeopardizes democratic and human rights through brutal police action and party cadres. Her brutality was also manifested more nefariously during BNP rallies in 10 venues around Bangladesh. Seven innocent BNP activists and supporters of the BNP were killed only to scare and disrupt the rallies. Sheikh Hasina and her lieutenant Obaedul Kader and other associates falsely alleged that terrorists intruded in those rallies, though such statement was factually untrue.

India: Hasina’s protector: Observers analyzing prevailing situation media coverage opined, Indian policymakers carefully monitored the BNP rallies. They intentionally scared Sheikh Hasina to make her more submissive, so that she offers more advantages (from Bangladesh). They terrified her saying BNP might not leave Dhaka if they are allowed to hold the rally, which would ultimately overthrow her from power.

To boost Sheikh Hasina’s psyche and scare the opposition BNP, Indian external spy agency RAW chief Samant Goel, along with an unknown number of Commandos abruptly reached Dhaka. Besides, about 20,000 trained killers under the cover of cricket fans also came to Dhaka. Indians suggested Sheikh Hasina to take stern action as a precautionary measure to foil BNP rally at Dhaka. But BNP defied all obstruction and held a peaceful rally and did not overstay at the venue of the rally to honor its earlier commitment to the people.

When Begum Khaleda Zia was sent to jail in 2018 Tarique Rahman was given the responsibility of leading the party as the Acting Chairman of BNP. It not only encouraged him with new zeal, but also helped him open a new era in the organizational activities of BNP.

He injected new flow of inspiration in the psyche of the new generation BNP leaders and workers. Even the common people also felt hopeful that Tarique Rahman being the son of Shahid Zia and Begum Zia will not stand against people’s hope and inspiration and will not compromise with the sovereignty and independence of Bangladesh. They attached some connotative terms with Tarique Rahman: the symbol of youthfulness, the Prime Minister of the future, etc.

Youngsters feel that Tarique Rahman, as if, always remains with them. Zoom and other means of electronic media made it easier. They feel inspiration whenever they see him through these media. This was the major reason for overflowing attendees in the BNP rallies from October 10 to December 10 of 2022.

These rallies proved Tarique Rahman now represents the voice of the whole nation. His voice is the voice for democracy, voice of independence and sovereignty. People for this reason are ready to die for him. Seven youngsters lost their lives to honor his call. Their departed soul, as if, roaming all around saying: let Bangladesh live long, let Tarique Rahman live long.

Opinion: The spontaneity of the people was unprecedented and historical, which charmed the people of all professions. A senior journalist, who personally covered most of the rallies, said attending and even observing these rallies people extended and expressed their support to BNP, which was equivalent to referendum in favor of BNP.

He opined, BNP’s rallies in Mymensingh, Chittagong and Khulna were successful in the face of violent obstruction by the police and AL cadres and activists. These three rallies inspired the people to participate in the remaining seven rallies.

According to Dr. Nurul Amin, the Assistant Editor of Daily Sangram of Dhaka, He said when the people knew the date and the name of the venue they reached there without considering who would address the rally or whether any people would attend it.

Dr. Amin, no referendum in Bangladesh history was so spontaneous and so massive like these rallies. If any referendum is really held, BNP will overwhelmingly win it.

Some other observers opined Tarique earned unbelievable popularity among the cross-sections of the Bangladeshi due to these successful rallies. Every individual wanted to be sure whether Tarique Rahman called the meeting. When they got accurate information, they became desperate to attend it.

Tarique Rahman emerged as a national leader: I have no hesitation to say, Tarique Rahman under the cover of BNP rallies caused a revolution of the common mass of Bangladesh. They, as if, got magical power and inspiration. Most of them walked miles after miles, even sixty miles, to attend the rallies. They in some cases remained without food, shared their scant food among them which they had. They slept under the open field despite the cold or rain.

They defied police vigilance, swam to cross rivers or canals which could lead them to be arrested, or killed. They, as if, were hypnotized to strengthen the movement to pull down Sheikh Hasina from power. They raised an identical voice: Sheikh Hasina tui kobay jabi — Sheikh Hasina when you will go? All the agitators echoed the voice of Tarique Rahman: ‘Faisala hobay Rajpathay — the solution will be on the street. They placed their beloved country above everything. That was the reason why they went to the street defying the probability of death leaving their near and dear ones. This spirit is the greatest and golden chapter in our national history. It was totally a spontaneous revolution without material support from any external power, though our people know a power is responsible for prolonging their sorrows and sufferings and it is determined to merge our country with its territory.

People believe Tarique Rahman will never allow it to happen. He inherited this spirit from his father the proclaimer of the independence of Bangladesh and his mother the uncompromising Prime Minister of Bangladesh Begum Khaleda Zia.

Tarique is fit to rule Bangladesh

Moreover, his informative speeches from London on various issues and occasions proved his vast knowledge on various problems of Bangladesh and their proper solution. The way he led and managed the BNP and kept them united proved his organizational and political maturity. He showed the new path and hope for the future that made them courageous to get out of home and go to the street. He said his party and he himself will remain with the people in their effort to restore their voting rights and democracy.

BNP leaders and workers who reached his messages to the grassroots people of Bangladesh, which inspired them to get out of home and go to the street. It made the people hopeful that Tarique is the only personality among the contemporary leaders, who can eradicate its tedious problems which constantly decay. He can unite the people and lead them to take the country back to its desired track.* 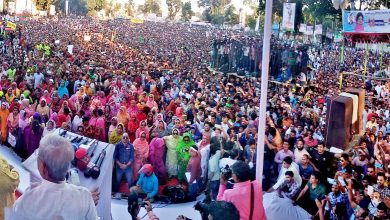 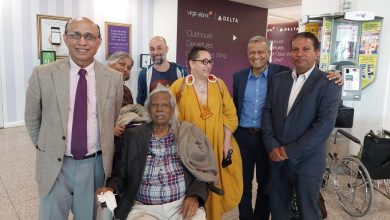 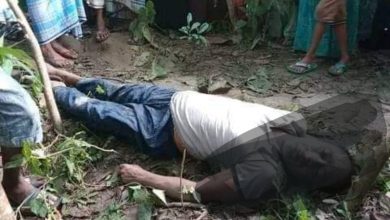