After trumpeting the hoax of economic miracle only a couple of months earlier, the fascist and kleptocratic regime in Bangladesh has officially sought $4.5 billion bail-out loan from International Monetary Fund last Sunday. Finance Minister Mustafa Kamal confirmed that his ministry has sent a letter to IMF for assistance while insisting that the economy is not in trouble. Until Sheikh Hasina managed to grab power in 2009 with the combined mechanization of New Delhi and Washington, the previous successive governments used to follow a golden rule of keeping budget deficit under 5 percent of the GDP in order to ensure economic discipline. I clearly remember from my days as Executive Chairman, Board of Investment and Energy Advisor that all the multilateral financial institutions used to be very particular about this benchmark. It was considered a sign of economic good governance. Unfortunately, the same international institutions continued to support the highly corrupt regime of Sheikh Hasina although the budget deficit skyrocketed because of unbridled corruption and gross inefficiency. The budget deficit for the current fiscal year is a whopping one third of the total budget (Tk245,000 crore deficit against annual budget of Tk678,000 crores) and 6.2% of the national GDP.

Bangladesh is now suffering from unprecedented level of deficits both in international trade balance and current account balance. The current account deficit has risen to more than six times during the last one year. With a shortfall of nearly $1.5 billion every month in the current account, it may not take more than 12 months to arrive at Sri Lanka like situation.

It should further be noted that all financial statistics created by the current regime are questionable, to say the least. People even do not trust the population data published a couple of days back by the government. During its recent visit to Dhaka, IMF team has raised serious objection to the methodology of foreign reserve calculation by Bangladesh Bank which stands at slightly more than $39 billion. It is expected that, as one of the preconditions of IMF to consider providing bailout package would be to change the fraudulent methodology. The impact of adjusting the current methodology to calculate foreign currency reserve according to IMF standard would substantially reduce the reserve by $8 billion. Furthermore, there is serious concern about the status of export proceeds receivables and undelivered import goods whose payment has already been settled. Bangladesh Bank has asked the commercial banks to bring back $1.5 billion immediately from foreign buyers against receivable account. In addition, there is import account discrepancy of $8.8billion against which goods have not yet arrived although payment has been settled by various banks.

Many analysts fear that a big chunk of this unsettled $10.3 billion might have flown out of the country as part of the money laundering operation being carried out by the ruling family and senior ministers. Latest attempt of Bangladesh Bank to discipline Janata Bank, a government owned commercial bank known for its fraudulent transactions failed within 24 hours due to political pressure.

World Bank and other multilateral agencies have repeatedly challenged the GDP calculation of Hasina regime. If an independent audit is performed on the economic health of Bangladesh today, many discrepancies would come out of the closet. The government claim of below 7% annual inflation is a mockery of the actual market situation when dollar price has increased by nearly 30% in the open market during the last three months. The US dollar is currently being sold at a rate of Taka 112 in the money exchanges against official price of Taka 94.60. Likewise on the basis of factual GDP, the budget deficit would definitely be much higher than 6.2% as presently claimed by the government. The fascist regime of Sheikh Hasina not only has buried democracy in Bangladesh, it has also destroyed the strong economic fundamentals of the country that it inherited.

Sheikh Hasina has already taken tens of billions of dollars of loan from World Bank, ADB and other multilateral agencies that has been used to essentially enrich the ruling coterie. On the other hand, she has transformed a democratic, Muslim majority country to a most ruthless Orwellian state with the assistance of New Delhi.

Under the circumstances, any further financing of this vicious regime by IMF will be an immoral act against the people of Bangladesh. This money will not be used for the welfare of the people. Additional $4.5 billion dollars IMF loan would only achieve to strengthen the coercive machineries of the corrupt ruler to continue her oppression when per capita debt of the people of Bangladesh has already risen manifold during the last 14 years of misrule.

The economy of Bangladesh will be put under tremendous stress when repayment of interests and principals of these bilateral credits would start from fiscal 2024. Number of poor people in Bangladesh has more than doubled to nearly 45% under the watch of Sheikh Hasina, whereas the country has witnessed spectacular rise in the numbers of billionaires close to the ruling family and among the top brass of police, RAB, military and civil bureaucracy. Donors should be aware that the people of Bangladesh are not willing to accept the burden of repaying all these loans taken by a corrupt regime. It is expected that IMF and other institutions would refrain from assisting an illegal government well-known for its corruption and human rights abuse. We also hope that the US and its western allies will not be tempted to use the loan to lure Sheikh Hasina to join Quad. 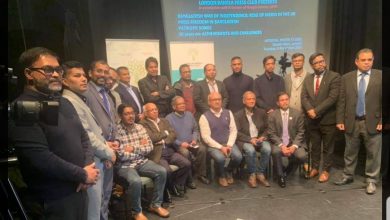 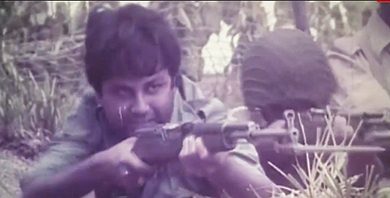